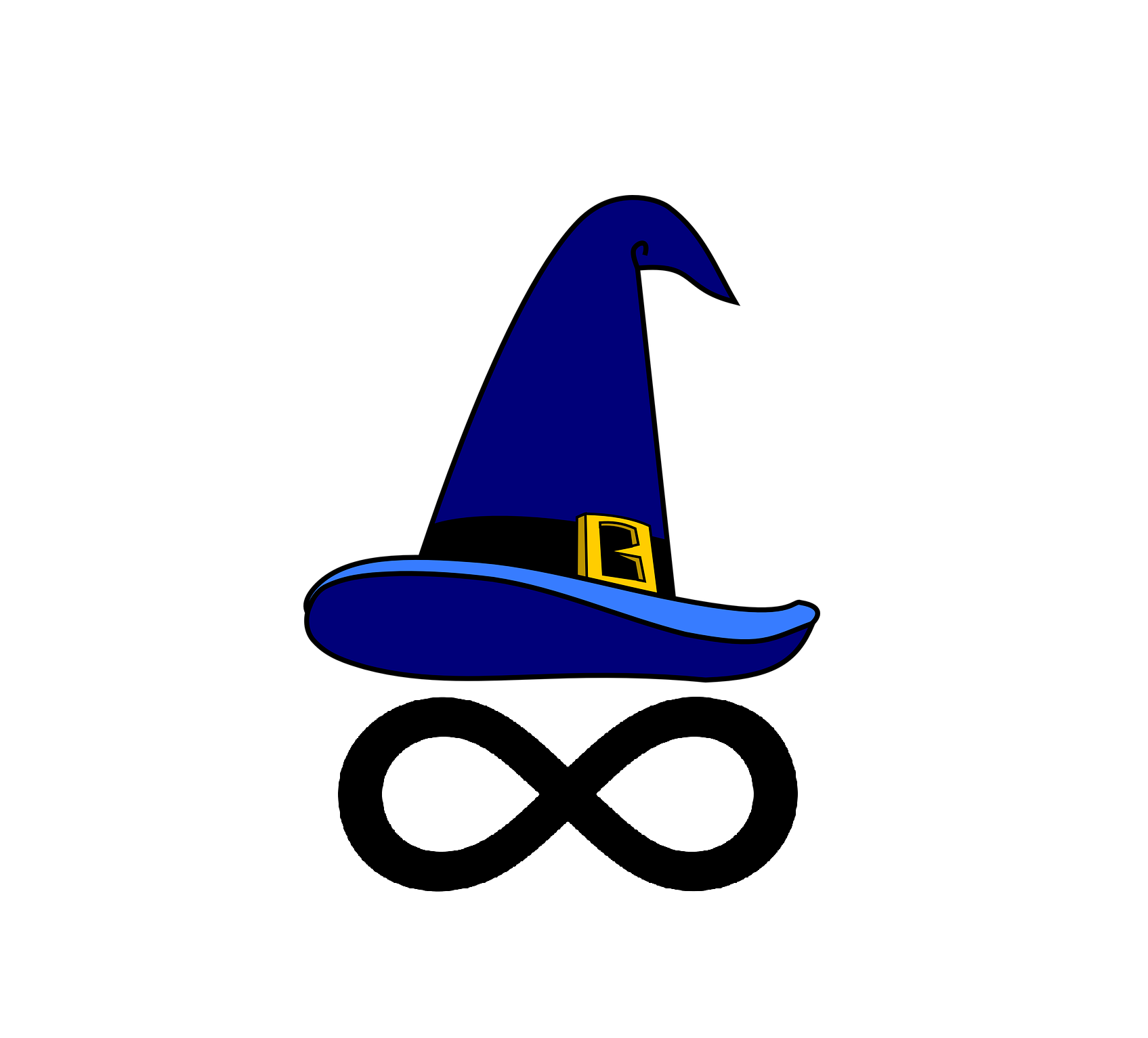 I absolutely love riddles. A few of my favorites include the Hobbits In a Line, 20 coins, and 5 Pirates. YouTube seems to have been keeping track of my riddle intrigue, and it recently suggested (and I subsequently watched) this very well-done video about the wizard standoff riddle:

If you want to solve the riddle on your own, go ahead and do so now. I have hidden the solution below and you can proceed at your own risk. The point of the rest of this post is not to solve the riddle, but rather to expand on two concepts: potentially infinite games and backwards induction which have several real-world applications. Unfortunately, this involves spoiling the riddle itself. Once you are ready to proceed, unhide the text below by clicking the button.

Bare Bones of the Riddle

Like any good riddle, the actual puzzle is dressed up in awesome but ultimately irrelevant details. The boiled down riddle is written out at 1:54 in the YouTube video. The abilities of the wands are irrelevant (being turned into a statue or being sent to a mountain are considered equivalent). I took the liberty of boiling down the already boiled down version, for clarity’s sake:

You must decide the following:

I only have one real problem with the riddle’s presentation: it is not apparent that intentionally missing is an option. My impression when solving it was that the wands were more like trap-door levers: you pull the lever of the person you are targeting, and they are either eliminated or not (with the stated probability). Apparently, however, you can intentionally miss, even with the 100% accuracy wand.

In order to set up the rest of this post, I will solve the riddle by breaking down the situations into three wand choices and two first turn strategies (6 total options). Reading this is not strictly necessary, but it will set the stage for the main three insights I dig into later:

You pick the wand and strategy that yields the highest probability of success, which is scenario f. The 60% wand and miss on purpose.

Pulling Insight Out of a Wizard’s Hat

Now let’s pivot from the solution to the interesting insights embedded in this riddle:

If you look back at scenario d, I explain (the video does too) that the 90% wizard, if they are left alive to take their turn, will not intentionally miss. This is because this option leads to a loss for everyone for sure. Further, the 90% wizard will definitely take a shot at the second most powerful wizard which in scenario d is you. Knowing this, the 70% wizard will definitely miss on purpose, because the 70% wizard is certain about his/her own safety, and the 90% wizard is more likely to kill you than the 70% wizard is. This “working backwards” is called backwards induction in game theory, and is a common method of solving sequential, (or turn based) games. Below is an illustration of backwards induction at work. The dark bold arrows represent the decision each rational or strategic actor would make if the game progressed to the given point. To see the diagram in a more readable, zoomed in fashion, click on the below image to view it interactively on SmartDraw.com:

If you read the six scenarios, you can see that three of them involve what I call a potentially infinite game. This is basically my name for a game that cannot be solved by backwards induction, at least not without drawing decision trees for the rest of eternity. I really like the video, but to the casual viewer it is not at all apparent how the videographers computed the probabilities in their final table (except for maybe the Noether 9000 without intentionally missing). Hopefully my explanation of these potentially infinite games will make this apparent.

Let’s take scenario f as an example (the wand and strategy that solves the riddle). The table in the video tells us the probability of success is 64.6%. But how did the author get this exact number? Well, we know that you miss on purpose, so no one dies with 100% certainty after your turn. The 70% wizard then tries to eliminate the 90% wizard. If they succeed, we enter a potentially infinite game. Why? Because you and the 70% wizard are left, and unlike the situation where everyone is left alive (the rules state everyone loses if this happens), there is no rule that limits the number of turns for two wizards. If each of you continues to miss, the game will quite literally never end. Of course, the probability of both of you always missing gets progressively smaller the more turns that we consider. But on each individual turn you have a probability of winning. In order to get the 64.6% number, we need to pin down this infinite sum of increasingly smaller probabilities. This is where things get cool (or boring, depending on your perspective).

Let’s assume we are in this exact situation. The 90% wizard is eliminated, and you square off with the 70% wizard. It is now your turn again, so you cast a spell. Your spell hits true with a 60% probability. So you know you have at least a 60% chance of winning. If you miss, things are grim, but you aren’t completely doomed. The 70% wizard will attack you, and you will survive with a 30% probability, and then get another 60% chance of winning.If you miss again, the cycle repeats. This means that your minimum probability of winning so far is, after 3 rounds is:

We can go even farther and write this as a formulaic series:

This new representation is concisely packaged and looks pretty (we used a sigma!!!!) but it still is infinite. How do we calculate its value? Well, the reason we represented the series in this way is to show that it is in fact a geometric series (a series with a constant ratio between successive terms). The common ratio in this case is 0.12, which is less than one. It can be shown that any geometric series with a common ratio (r) such that \(|r|<1\) converges. For us, this means we can calculate the value analytically! The formula for calculating an infinite geometric series that converges \(\frac{a}{1-r}\) is probably familiar. It is the same formula used to compute the present value of an annuity (stream of payments). In fact that is perhaps the coolest thing I got from this riddle: this sum of an infinite geometric series formula has uses beyond just annuities!

The formula applied to our situation (without the 0.60 applied) yields:

And in this way we have obtained the probability listed in the video. It is true that calculating this probability is not all that important for the riddle itself. Intuitively, you want to enter the potentially infinite game that involves the least powerful wizard. But in situations with money involved, finding the exact probability can be very important. With that in mind, let’s move on from wizards to reality.

You probably do not often find yourself in a magical duel to the death, but the two non-magical concepts involved in solving the riddle can be quite useful in everyday situations faced by local governments and non-profits. Here are a few examples:

Passing legislation at the city council level: City governments often pass bills that are very important to the everyday lives of the people who live in their city. Things like zoning laws, road expansions, public works programs, park creation, and property tax rates. For the most part, citizens do not directly vote on these matters, they elect council members to represent them. But even these council members do not simply vote on an issue: bills often have to be proposed, approved to be voted on by a committee, voted on and then signed by the mayor. This sequential process is exactly the sort of situation where backwards induction can help predict future outcomes. Take, for example, the District of Columbia’s city council. Their process is outlined here. The outline is basically: Propose->Committee Vote->Whole Vote-> Mayor Veto/Sign. Because this a sequential process, actors in each step will keep in mind what actors following them will do.

For example, let’s pretend a hot issue in the city is building bike lanes. Let’s assume the following:

Because the alternative to any bill is no bill (meaning $0 on bike lanes), the committee knows that the full council will pass any amount that is greater than $0 and less than $400,000. Because $300,000, the committee’s optimal choice, is within this bound, the committee will approve only bike lane proposals that spend exactly $300,000. This proposal will pass the full council and become law. If the committee did not exist, and instead each member of the council could submit one proposal, and every proposal was pitted against each other proposal, there is strong reason to believe that the amount spent on bike lanes would be exactly $200,000. This means that the existence of this committee system contributes to a outcome that is farther away from “the will of the people” than that obtained from other systems of voting.

Deciding Whether to Protect a Building Against Earthquakes: Many California cities require new buildings to be built to withstand earthquakes to some degree. However, requirements are often set to preserve human life rather than protect property. Consider the choice of an organization which is building a new office. The organization faces a choice: they can either build the building to the minimum code or invest additional money to protect from property damage. Let’s say the probability of a major earthquake in a given year is 15%, and if an earthquake occurs, the building must be proofed again if it was previously (that is to say the game ends when an earthquake happens). We will simplify the situation and just say that the cost of the additional earthquake proofness is $1 million up front, which includes the present value of future maintenance costs. If an earthquake occurs with the additional protection in place, the company will save $10 million in property. Is the system worth it? Well, the series looks like: \(0.15+0.85*0.15+0.85^2*0.15…+0.15*0.85^n = 0.15(1+0.85+0.85^2+…+0.85^n)\). So \(|r|=|0.85|<1\) therefore we can calculate the effective probability of an earthquake occurring this way:

Multiplying this by the $10,000,000 in property lost if an earthquake occurs and we get $1,765,000. This means that the system is “worth” $1,765,000 right now (ignoring discounting from interest rates and the time value of money). This is less than the cost, so we can move forward with the additional earthquake protection!

Some other situations where the potentially infinite game methodology can be used:

I hope this exploration of a riddle was both fun and informative. Reach out to me if you have suggestions, questions, or have a problem Intrepid Insight can help you with (for free if you are a local government or other non-profit).